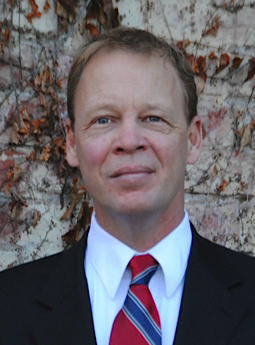 Mr. Casper has been working in the field of criminal law for 17 years, 15 years as an attorney, and 2 years as a certified legal intern prior to taking the bar exam, which he passed on the first attempt.  Mr. Casper been in private practice since 2004 and has successfully represented thousands of clients.  Mr. Casper is considered to be one of the preeminent trial attorneys in Marin County, and the Bay Area in general, and has appeared frequently in the media discussing his cases, both on television and in the print media.  Mr. Casper frequently works in tandem with David Vogelstein, who is also known to be one of the finest criminal attorneys in the Bay Area.  Furthermore, Mr. Vogelstein has been practicing criminal defense  for 38 years.  Mr. Casper handles all types of criminal cases, including homicide, DUI, drugs, assault, theft, and countless other areas.

Mr. Casper is an expert in DUI cases, having taught classes on DUI investigation and report writing to various law enforcement agencies in California.  This enables him to evaluate a DUI case as a prosecuting attorney would and allows him to instantly identify the weaknesses in the case against you.  Mr. Casper is also qualified to represent you at a DMV hearing so that he can fight the possible suspension of your driver’s license, a major problem when you have been charged with DUI.

You should know about your attorney.  Here are Mr. Casper’s credentials:  He is a member in good standing with the State Bar of California.  He graduated from the University of California at Santa Barbara, with a Bachelor of Arts in Political Science, in 1989.  Mr. Casper received a Juris Doctorate degree from San Francisco Law School in 1998, where he was a Dean’s List student.  Mr. Casper has been admitted to practice law by the California Supreme Court (State), the Northern District (Federal), and the United States Court of Appeals for the Ninth Circuit (Federal).  Mr. Casper has taught classes on DUI investigation and report writing to the California Highway Patrol, the Chico Police Department, the Butte County Sheriff’s Office, and the Butte College Police Academy.  Similarly, Mr. Casper has taught courses on the investigation of and report writing for serious felonies, including homicide, to various law enforcement agencies.

As written above, Mr. Casper has TENS OF THOUSANDS OF HOURS of courtroom experience.  He has conducted countless numbers of hearings, motions, court trials, and jury trials in several jurisdictions throughout California.  When you freedom is on the line, you need a highly skilled attorney who is at home in the courtroom and will work to get you the best results possible.  Simply put, you need the best attorney out there.

Copyright 2013-2014.The Law Offices of Casper and Biddle Inc. All Rights Reserved.